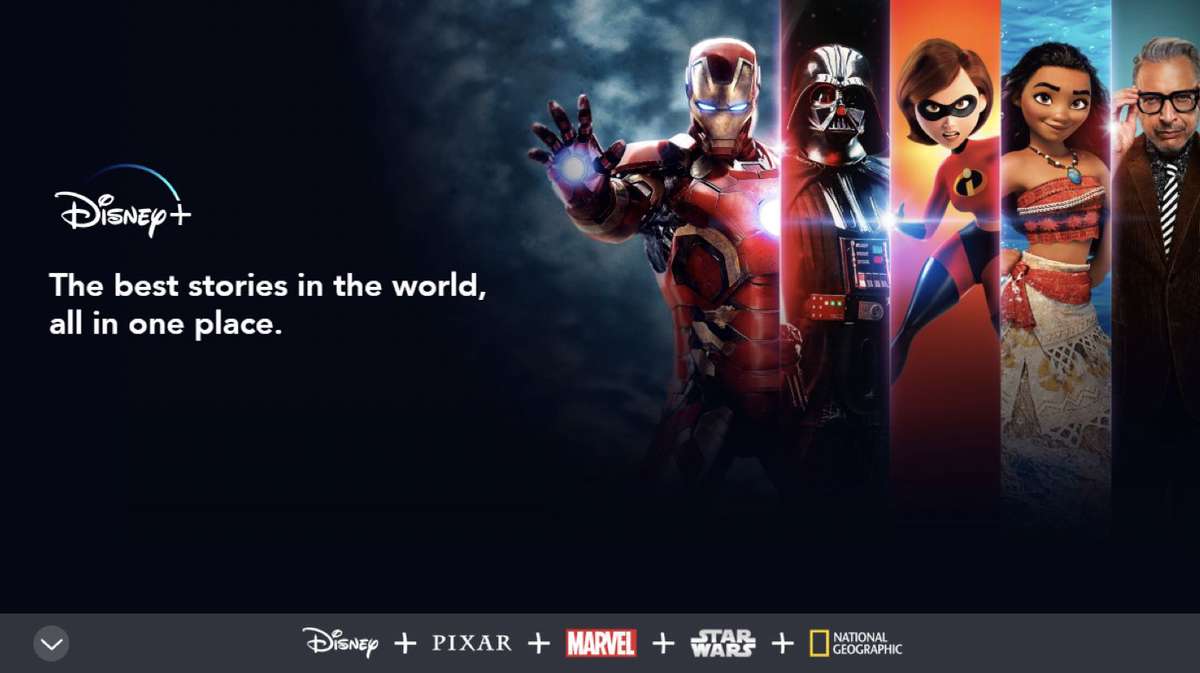 The launch of Disney Plus (or Disney+) took the world by storm. And why wouldn’t it? It has one of the best show lineups aimed at kids and adults alike.

Unfortunately, this streaming service is only available in select markets. In fact, Disney Plus won’t come to some territories until late 2020 according to this Forbes article.

If Disney Plus isn’t available in your country right now, does that mean you have to wait?

You can watch Disney Plus right now. And it’s not as difficult as you might think. We’ll show you how to watch DisneyPlus anywhere in the world.

Disney+ is an on-demand streaming service from Disney. Thanks to the company’s acquisition of properties, it now owns the biggest and hottest brands in the entertainment industry including Marvel, Star Wars, Pixar, and National Geographic.

Of course, Disney+ wouldn’t be complete without Disney’s own movies and shows thrown in the mix.

That’s why it’s no surprise that people from all over the world got excited when the streaming service was first announced.

Why Should You Watch Disney+?

There are plenty of reasons why Disney+ is worth subscribing to. Since its launch, Disney made it clear as to why people should invest in their streaming platform.

Here are a few reasons why Disney+ is a good choice for you and your family.

MCU fans who’d like to rewatch all previously released Marvel movies will find them on Disney+. Not only that, soon Disney+ will release exclusive Marvel shows.

Since all Disney-MCU projects connect to each other in some way, you’d want to keep an eye out for some of the announced projects like The Falcon and Winter Soldier, WandaVision, and Loki.

Reason #2: You Can Bundle Disney+ With Hulu and ESPN

If Disney’s line of shows still isn’t enough, you can bundle Disney+ with Hulu and ESPN for $12.99, which is $6 more than the cost of Disney+ by itself. However, you’d actually save around $5 is you subscribed to all three services individually.

Given its deep library, Disney+ subscription is quite the steal. At $6.99/month, it’s more affordable than some of its competitors like Netflix.

Reason #4: You Get Child-Friendly Programming

You know that Disney won’t fail to provide fantastic kid-friendly shows and movies. If you’re a mom or dad looking for a streaming service for the whole family, you’ll find an abundance of shows you could binge-watch with everyone.

If you were to subscribe to Disney+ right now, what Disney movies and shows can you look forward to?

Here’s a list of the best that Disney+ has to offer today.

The Mandalorian is Disney+’s biggest hit at its launch. The eight-episode offering from Jon Favreau is one of the most celebrated Star Wars projects to come out.

If anything else, it gave us Baby Yoda.

The World According to Jeff Goldblum

And in The World According to Jeff Goldblum, we get a peek at subjects that are of interest to this charismatic host. The documentary series sees Jeff explore topics like the history of tattoos, sneakers, and ice cream.

This uplifting show features kids who are real-life heroes in their own right. Each one of them made a big impact on their respective community. And as a reward, they’re made to appear in a Marvel comic.

The Simpsons isn’t particularly new to the scene. But with Disney’s acquisition of 20th Century Fox, all 30 seasons of this American classic made Disney+ its new home.

If you want to revisit some of the show’s best episodes or introduce it to a new generation, you’d want to subscribe to Disney+.

Pixar In Real Life is a hidden camera show where your favorite Pixar characters are brought to life and taken to the streets.

Watching people react to these amazing recreations is quite the experience.

How to Watch Disney+ Anywhere in Few Steps

To watch Disney+ from anywhere in the world, you would need to unblock the restrictions placed by Disney. And to do that, you’ll need to subscribe to a VPN service provider like Getflix.

With Getflix, you can unlock Disney+ by tweaking your DNS or by activating the VPN. And if that sounds a bit too technical for you, don’t worry. As you’ll find out later on, this is an extremely easy process.

Signing up for a Getflix account is so easy. The free account does not require you to enter your credit card details. You only need an active email address to start.

Note: The free version does not include the VPN service. That’s why this guide will focus on the Getflix Smart DNS feature.

Once your email is confirmed, you’ll have access to the Getflix dashboard.

Step #2: Figure Out Which DNS Server to Use

However, IP addresses change over time. If that happens, there is a button you could click that would allow you to force the IP address to change.

There’s also another field you should check called DNS status.

If you haven’t made changes to your DNS, you would see an error message. It’s at this point that you should change your DNS settings.

To find which DNS server to use, you can refer to this list of Global DNS servers. You want to pick a server that’s closest to you. For example, if you’re in Brazil then you should use this DNS server: 54.94.175.250

There are pros and cons to each.

The server route will unlock Disney+ on all devices automatically. However, you shouldn’t configure your router settings is you don’t know how to do it. Each router is different depending on the brand. So you’d have to consult your router’s user manual.

Changing the DNS settings per device is time-consuming. However, it’s much easier to accomplish. If you’re only using one device to watch Disney+, then this process shouldn’t take long.

Getflix has guides on how to update your DNS settings for different devices. The steps below are for computers running Windows.

Click Ethernet under Connections. If you’re on a WiFi network, it would say Wireless Network Connection instead of Ethernet.

After clicking, a pop-up box would open. Here you’ll see your connection status. Find the Properties button and click it.

Doing so will bring up the Ethernet or Wireless Network Connection Properties box. On the list of connections available, there should be an item called Internet Protocol Version 4 (TCP/IPv4).

Once you find it, select the item and hit Properties. Under the General tab, select the Use the Following DNS Server Addresses option.

Confirm your DNS status by going back to the Getflix dashboard and running the DNS check.

If successful, you should now have access to Disney+.

There is a fourth optional step. And that is to activate your VPN.

What’s the point of activating the VPN if you already have access through DNS?

Using a VPN adds a layer of security. ISPs won’t be able to track you, meaning all connections are secure. Whether it’s government agencies or ruthless cybercriminals, none could interfere with your personal business online.

If you want to browse securely, using a VPN is non-negotiable.

Thanks to Getflix, you can now enjoy everything that Disney+ has to offer. What’s even more exciting is that Getflix is affordable with the 1 Month plan starting at $4.95.

And the longer you sign up for, the more savings you get. You can cancel your subscriptions at any time.

Also, remember that you get a 14-day free trial that won’t require your credit card information. Learn more about Getflix by clicking this link.

Why Getflix is the Best Smart DNS Service?

There’s a growing demand for VPN services because of the online security it provides. It also gives users a chance to bypass regional locks that prevent them from accessing streaming services and content that are exclusive to certain countries.

How to Watch NFL Game Pass with No Blackout

There’s no denying the impact that the NFL has had in the lives of Americans everywhere. But despite its popularity, access to the sport is still somewhat limited given how blackout policies still exist.

How to Watch US Netflix Outside the US

Netflix is one of the biggest streaming platforms globally. And according to the company, you can watch Netflix in over 190 countries.

Get started with a 14 days free trial.

We use cookies to give you the best possible experience on our website. By continuing to browse this site, you give consent for cookies to be used. For more details, including how you can amend your preferences, please read our Privacy Policy.

Looks like you're visiting from Down Under,
check out our Australian site:

Looks like you're not visiting from Australia,
check out our Global site: